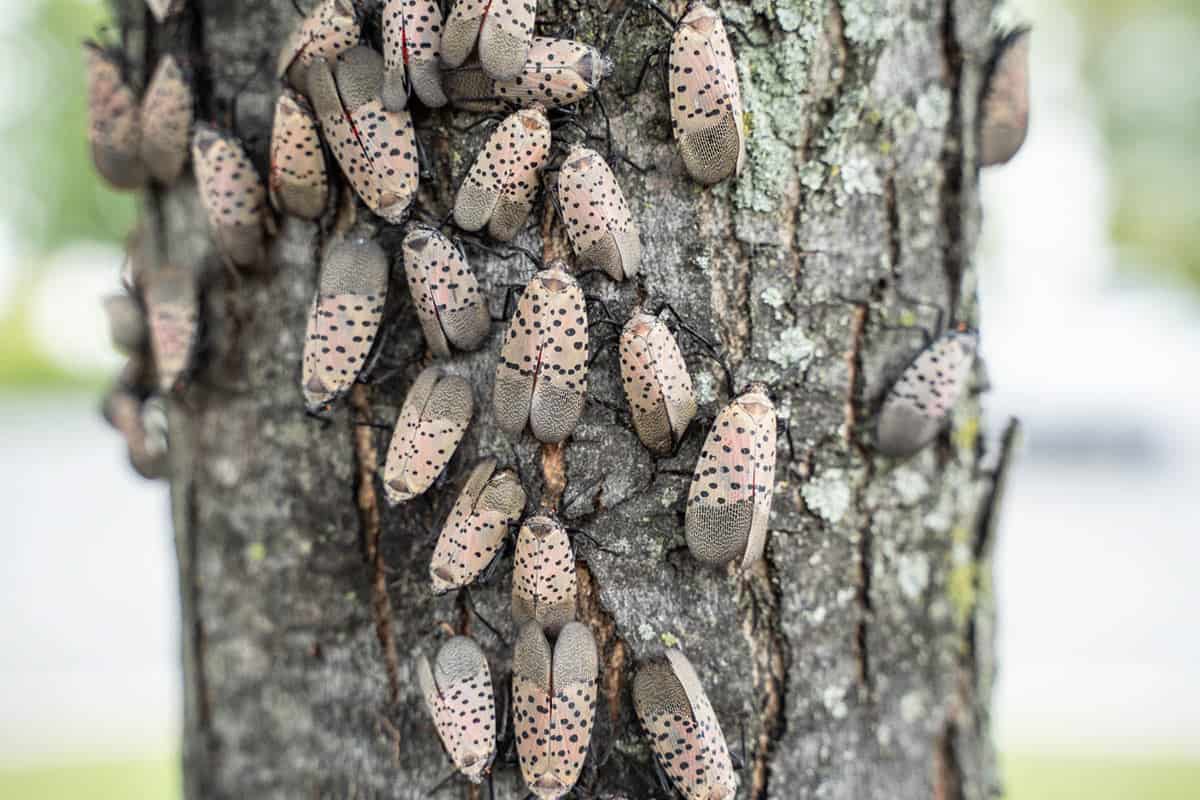 It hasn’t been spotted yet in the Charlotte area, but that doesn’t mean it isn’t coming. We’re talking about the dreaded Spotted Lanternfly. The invasive insect native to Asia was first detected in the United States in 2014 in Pennsylvania and has since spread to nine other states. In late June, it was spotted in the Winston-Salem area, specifically Kernersville. That piece of news, says Plant Health Care Manager Paul Crenshaw, is more than enough reason to be on the lookout for it.

Paul, with 28 years of experience in the green industry, calls them “unwelcome guests” and a “nuisance excreting anywhere.” The Spotted Lanternfly has a wingspan of 1½ or so inches and turns bright red with maturity. They can’t fly, they hop. And they can’t bite. The life cycle begins in Spring. Summer is when they grow into adults and lay a copious number of eggs. The Spotted Lanternfly attacks more than 100 species of plants and trees (dogwood, oak, maple, beech and others). Infestation of fruit trees can devastate a region’s economy. But anything outside is in danger. The easiest way to know you’ve been invaded is to look for sooty (black) mold. The excretion weakens its victims and makes it more susceptible to other stress agents.

If you spot a small invasion of the Spotted Lanternfly you may be able to effectively respond by scraping visible egg masses off of wherever it excreted, band your trees, use fly paper or even pick up a swatter and crush them.

Paul says that Arborscapes uses a systemic insect control product that can attack the bugger with more rigor. If you suspect a problem, contact Arborscapes. We, in turn, will contact the proper authorities (N.C. Department of Agriculture and Consumer Services) and address the problem with you ASAP.

As Paul says of the “enemy,” “It’s an obnoxious species.” You can read more about them here.